The European Parliament and Commission are today releasing a joint Special Eurobarometer on the Future of Europe.  From this barometer it is clear that climate change is seen as top challenge for the European Union.

– 81% of respondents say they are happy living in the EU

– 68% of Europeans agree the EU is a place of stability in a troubled world; while 67% agree the EU project offers a future perspective for Europe’s youth

The Future of Europe

As 2022 – designated European Year of Youth – begins, today’s survey highlights the views of young Europeans on the challenges facing the European Union, alongside the key role young people are playing in the Conference on the Future of Europe.

Today’s Eurobarometer shows that 91% of 15–24-year-olds believe that tackling climate change can help improve their own health and well-being, while 84% of those aged 55 or over agree. Almost every second European (49%) sees climate change as the main global challenge for the future of the EU, with overwhelming support for the environmental objectives of the European Green Deal: 88% of Europeans think it is important to increase the share of renewable energy in our economy and have greater energy efficiency, while 80% agree on the importance of making Europe the world’s first climate-neutral continent by 2050 and promoting the growth of the zero- and low-emissions vehicles market.

Other future global challenges highlighted by respondents include health (34%) and forced migration and displacement (mentioned by some 30%).

Having comparable living standards (31%) and a common health policy (22%) are the two most helpful aspects for the future of Europe. Europeans also prioritise stronger solidarity among Member States (21%) and energy independence (20%).

Assets, challenges and values of the EU

Europeans consider the EU’s respect for democracy, human rights and the rule of law (27%) as the main asset of the EU, followed by its economic, industrial and trading power (25%).

Peace (49%), freedom of opinion (47%), social equality and solidarity (45%), and tolerance and openness to others (44%) are the values best embodied by the EU – in comparison with other countries, according to respondents.

Life in the European Union

A large majority of Europeans agree they are happy living in the EU (81%) and their country (89%), as well as being happy with their family life (89%).

The Conference on the Future of Europe

Some 43% of Europeans say that the main benefit of involving the younger generation in the Conference is to focus on issues of interest to them. Further benefits of their key role in the Conference is the energy and motivation for reform and change they bring (cited by 35%) and their focus on making the future of Europe more relevant to the challenges of today’s society (33%).

European citizens remain continuously interested in contributing to and participating in the Conference on the Future of Europe. While answering a survey is the favourite means to do so, as indicated by more than half of Europeans (59%), nearly every second European (46%) could imagine taking part in meetings in their area. Participating in online consultations (40%), putting forward ideas and proposals to European and national politicians (39%) and taking part in European cultural and sports events linked to the Conference (39%) are the next most attractive forms of citizens’ engagement.

Overall, Europeans see climate change and the environment (44%), health (40%), as well as a stronger economy, social justice and jobs (40%) as key issues for the Conference.

There is a clear expectation that the Conference should lead to tangible results. Indeed, respondents would be most encouraged to take part in the activities of the Conference if they were convinced that their participation would have a real impact (53%).

Citizens’ voice in the EU

90% of Europeans agree that EU citizens’ voices should be taken more into account in decisions relating to the future of Europe. 55% of Europeans mention voting in European elections as one of the most effective ways of ensuring voices are heard by decision-makers at EU level.

Commissioned jointly by the European Parliament and the Commission, the survey was carried out between 16 September and 17 October 2021 (wave EB 96.1) in the 27 EU Member States. The survey was conducted face-to-face and completed with online interviews where necessary as a result of the coronavirus pandemic. Some 26,530 interviews were conducted in total.

All Europeans can share their ideas on how to shape our common future on the Multilingual Digital Platform of the Conference on the Future of Europe. 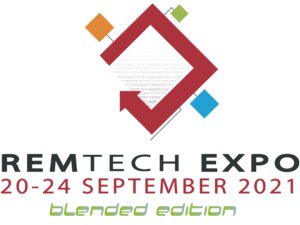